JB and Lucinda are getting a touch of cabin fever. No one is visiting (stagecoaches are quarantined). Learn more at home! 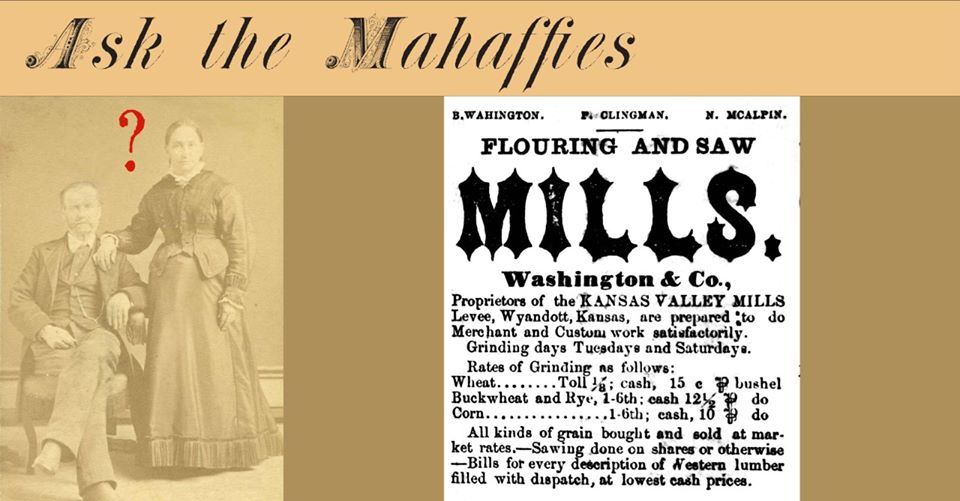 Was there a local gristmill or were the Mahaffies selling their grain to be shipped away?

In a story about the Mahaffie family written in 1930 by a relative and published in Johnson County Democrat, it is claimed that Mr. Mahaffie was the first farmer in Johnson County to raise and sell wheat on a commercial basis. In other words, he was the first to grow a surplus beyond feeding his household. The relative writing the article recounts that in 1859, Mr. Mahaffie took his wheat to the mills in Wyandotte County, located on the Kansas River (less than 20 miles north). 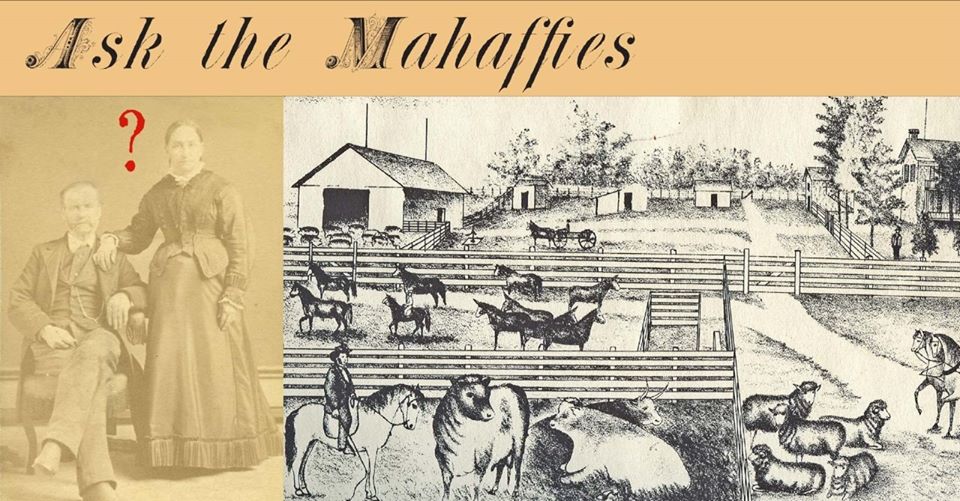 Can you find them in the agricultural census? If so, what crops were they growing and what animals did they have? The Kansas Stage Agricultural Census of 1865 is one of the most used primary source documents we use. From this we know in the year ending May 1, 1865, the Mahaffie Farm tallied:

The census records the value of the average Johnson County farm as $2057. The value of the Mahaffie farm was recorded at $6000, making it one of the most prosperous in the county.

Do you know if the sheep on the farm were used for mutton, wool or both? Not that artists were always 100% accurate in these engravings, but sheep are very visible in the 1874 engraving. They most likely kept Merino sheep-a popular breed in the mid-1800s. While sheep could be used for food or wool, on most American farms of the era, they were kept mainly for wool. The Merino breed originally came from Spain and their distinctive wrinkly skin meant more wool per animal. The Civil War created a demand for wool. We figure the fleece from five to six sheep would be necessary to make a Union Army uniform and two blankets. Not surprisingly, wool prices fell after the war.

Samuel Morse is considered the father of the practical telegraph which he patented in 1840. Morse and/or his 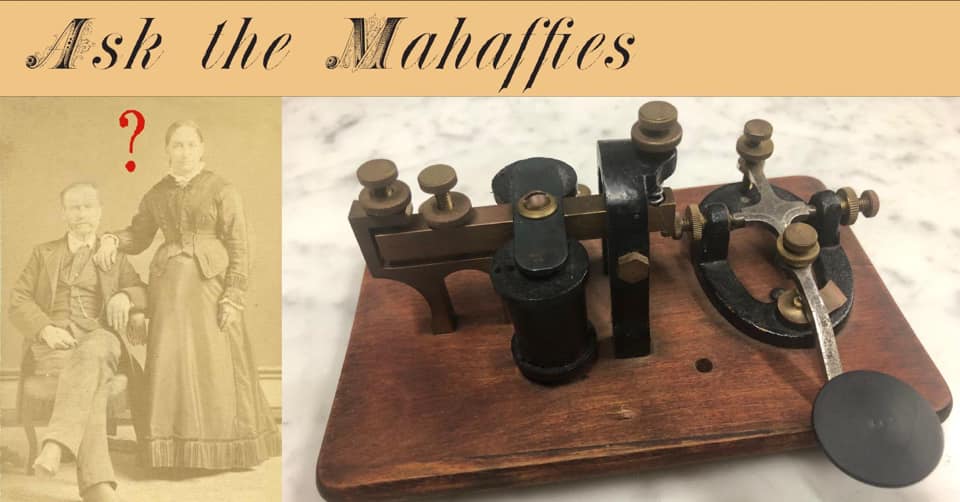 assistant also designed the system of clicks called 'dots and dashes' for each letter in the alphabet, permitting words in a message to be transmitted over the line.

In 1858, President Buchanan and Queen Victoria in England exchanged messages across the Trans-Atlantic cable. By Lincoln's election in 1860, there were about 50,000 miles of telegraph lines in the United States another 15,000 miles were added during the Civil War. President Lincoln had his own 'situation room' in Washington with rows of telegraphers sending his orders to generals in the field and receiving messages in return.

The internet offers a lot of information about Morse and the telegraph. One website offering more is https://www.thoughtco.com/biography-of-samuel-morse-1992165.

Visit https://www.wikihow.com/Learn-Morse-Code#tips. for a great project to try at home. A great book is Mr. Lincoln's T-Mails by Tom Wheeler.

Bring Home the Fun for more City of Olathe activities!